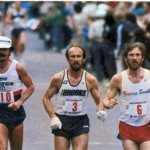 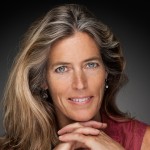 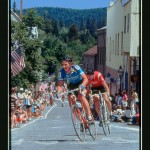 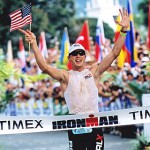 Join us Saturday, Sept. 26, 5:00-midnight, at the Avalon Ballroom for a fun evening of mingling with fellow athletes, dancing, finding some cool silent auction items to bid on, and seeing four local sports legends inducted into the fourth Boulder Sports Hall of Fame class. Funds are being raised for upcoming shipments, this winter.

Climber Lynn Hill joins three of Boulder’s best endurance athletes from the past at the 2015 Boulder Sports Hall of Fame induction ceremony, set for Sept. 26 at the Avalon Ballroom. Cyclist Dale Stetina, triathlete Tim DeBoom, and marathoner Benji Durden round out the class.

“The idea is to honor Boulder’s athletic legacy,” said organizer Anders Mavis. “There are many deserving athletes here that newcomers might not know about. They deserve another moment to shine.”

Hill, 54, was called “among the greatest rock climbers of all time” by author Jon Krakauer, based on a long career that began when she was 14 and included the first free ascent of “The Nose” on El Capitan in California’s Yosemite Valley. She is “one of the most significant figures in sport, in all of history,” said Roger Briggs, author of “Journey to Civilization” and himself a climbing pioneer.

“Just imagine if a woman won an Olympic gold medal in any men’s sport; that is essentially the magnitude of what Lynn did at the pinnacle of her career.”

Stetina, 59, is an Olympic cyclist who had more than 200 wins during a long career that included a national road title and two wins in the Coors Classic. Stetina is part of a cycling family, with the racing now carried on by his son, Peter. In 2013, Stetina nearly died after being hit by a car in Left Hand Canyon. He has recovered well enough to resume riding.

(Dale will be riding at the World Cycling Championships in Richmond, Va. and will be honored in person at a later date)

DeBoom, 44, is the last American to win the Ironman Triathlon World Championship. He won in 2000 and 2001, his latter win a stirring victory coming soon after the Sept. 11 attacks that took down the World Trade Center. He placed in the top five three other times; won several other full and half triathlons, and took the bronze medal at the 1999 Pan American Games.

Durden, 63, was a top U.S. road racer from 10 kilometers through the marathon in early days of the 1970s-‘80s “Running boom.” His career was capped by making the U.S. Olympic marathon team, which boycotted the Moscow Olympics. The following year, Durden, a 2:09:57 marathoner, was one of several runners who defied a ban on openly taking prize money when he raced at the Cascade Run-Off 15 K. He was a founding member and official with the Association of Road Race Athletes.

Proceeds from the event support One World Running , an international program promoting awareness of health, fitness and nutrition by providing running shoes to those in need in the United States and around the world. We also put on 5K walk/runs to foster an environment of exercise and to increase understanding and goodwill between people.